Among other things, Border Gateway Protocol (BGP) provides information for routing between autonomous systems (ASs) in a network. It can also help an AS collect routing information from neighboring autonomous systems. It can reduce errant connections and improve scalability. It is also designed to promote the use of routing critical public infrastructure.

Allows an AS to collect routing information from neighboring autonomous systems

Usually, Border Gateway Protocol is used as a routing protocol between Autonomous Systems. It is also used within an AS. There are two types of BGP routing table: Exterior and Internal.

The Exterior Border Gateway Protocol (BGP) exchanges information between autonomous systems. An eBGP neighbor is connected directly to another independent system and advertises new routes learned from other eBGP neighbors. These routes are broadcast to all other iBGP peers in the AS.

The Interior Border Gateway Protocol is also known as Internal BGP. It exchanges information between autonomous systems inside an organization’s network. Unlike eBGP, an internal BGP neighbor does not need to be directly connected. In this case, an inner BGP neighbor can be an intermediate or backbone router.

Each autonomous system has its list of iBGP neighbors, and each has multiple BGP routes. In addition to this, each iBGP peer is also interconnected through intermediate routers. This allows the routing tables to be updated.

Using BGP inside an autonomous system has the advantage of being able to communicate policies. For instance, if the network operator sets a rule that traffic cannot be sent to or from a particular country, the administrator cannot prevent this prefix from being sent to a North American peer. This can prevent a routing loop.

Promotes the use of routing critical public infrastructure

Described in 1989 in RFC 1105, the Border Gateway Protocol (BGP) is a networking protocol that determines the best route for packets to travel between network nodes. It works by coordinating the routing information of several BGP speakers. This information includes the path information and network connection. It also enables sending negative or positive reachability information to the other speakers.

BGP is a routing protocol that runs over the Transport Layer of the OSI model. It is a crucial part of the Internet’s infrastructure, helping network packets to find the best possible route. In addition, it is used by autonomous systems and Internet Service Providers to exchange routing information.

There are many versions of the Border Gateway Protocol. The most common is BGP-4, an interpretation supported by most ISPs. Its features include Classless Inter-Domain Routing, next-hop support, and inter-autonomous system configuration. It is also the standardized Internet routing protocol.

Unlike older Internet routing systems, BGP can optimize traffic sharing amongst peers and better manage the network’s bandwidth. It also offers routing security. It uses TCP/IP as its foundation. However, there are several issues with its performance. It is susceptible to configuration mistakes and has security problems.

One of its most notable flaws is its reliance on trust as its backbone. As such, it’s vulnerable to abuse from malicious actors.

Generally speaking, the most important thing to understand about the Border Gateway Protocol is its routing protocol. This network layer protocol enables autonomous systems (ASes) to share routing information. The protocol can communicate within the AS itself or between ASes.

There are two main kinds of BGP: External and Internal. For the former, a “border router” is responsible for communicating path information with other ASes. The most common use for this is in the inter-AS world. The latter involves forming a tunnel between border routers within an AS. Typically, these routers connect directly or through intermediate routers.

The most important thing to remember is that there are better solutions than the Border Gateway Protocol. For example, it’s only sometimes feasible to have a complete mesh of internal routers. The best path to a given destination can sometimes be clarified. A well-designed path-vector routing protocol can improve this problem.

Using the Border Gateway Protocol correctly can be a boon to your network, enabling more traffic to traverse a single route while reducing congestion. However, scaling this routing protocol to the scale of a large corporation is challenging.

Using the most efficient routing protocol for the job can be challenging, mainly if you rely on older hardware. In the case of an older router, memory and CPU load are factors that should be considered.

Sketched initially out on three ketchup-stained napkins, the Border Gateway Protocol (BGP) was developed in 1989. The current version of BGP is RFC 4271 and was first published in 2006. It is a path-vector routing protocol and makes routing decisions based on the rules and network policies of a network administrator.

The Border Gateway Protocol can be used to connect autonomous systems (ASes) that are in different geographic areas. For example, one AS might be located in the Midwest while the other is in the Pacific Northwest. Using BGP, the neighbor can send different routes to each destination. If the neighbor doesn’t want to send it away to a particular destination, the BGP process will delete it. However, the BGP function will still use route databases to select the best practices for the network.

BGP can also be used to implement contractual agreements. For example, a regional ISP might contract with a transit backbone to carry specific routes. The spine only announces those routes that are part of the transit agreement. But, the regional ISP may have yet to pay for those routes, so it doesn’t import them into its routing table. Then, the transit provider must decide whose traffic to carry. The transit provider uses BGP to make those decisions.

The current version of the Border Gateway Protocol is BGP-4, and most ISPs require it. However, some older routers cannot handle the CPU load and memory requirements to perform the protocol.

Reasons Why a Brand Strategy Works
Without an effective brand strategy, marketing efforts can g...
Why Small Businesses Could Benefit From Legal Services
If you are a small business owner, you know how important le...
The establishment of the National Trust
As one of the foremost protectors of the UK's cultural, buil...
How Catering Training Is Preventing Reoffending
The hospitality training of The Clink Charity has been found...
5 Tips to build a successful franchise business from scratch
Riding a successful franchise can be an excellent alternativ...
Buying A New Printer For Your Office: The Most Important Factors To Consider
Purchasing a printer can be a real challenge. There are ...
Local promotion strategies for small businesses
Today we will talk about local promotion, how to take advant...
8 Strategies to get more customers and increase your income
There are strategies that are simple, but very effective to ... 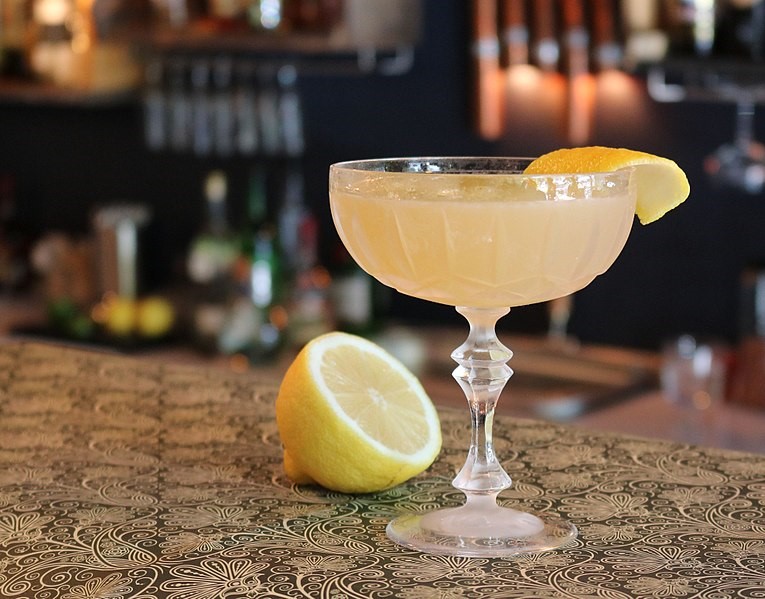 Halloween is a great time to find some exciting new cocktails for your bar. Some of the best-loved cocktails at…