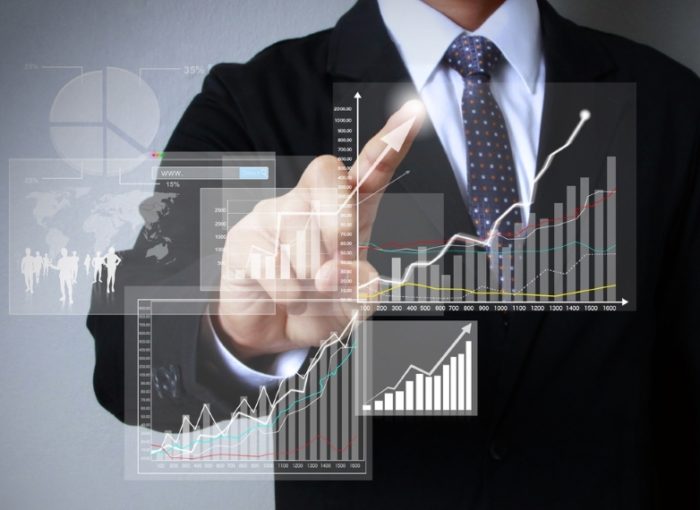 Most of the problematic situations (and according to the estimates of the Turnaround Management Association – and even more than 85%) have internal causes and, above all, are connected with inefficient management. Team mistakes, staff problems, “broken” deadlines – all this can lead to serious problems in the profitability and the inability of the company to generate cash flow. In general, management can be built exclusively in a “managed” company. It depends on control ability: whether your innovations and strategies will remain on paper, or will be realized.

The essence of manageability

What unites Amazon, Google, Mars, Autodesk? First, they are financially successful, and secondly, they pay great attention to manageability. In your company, already, for sure, there is an established organizational structure. You give instructions to the deputies, they are mid-level managers, and those are ordinary employees. It seems that the business processes are straightforward, the deputies and managers seem to understand you perfectly. But, when it comes to results, it turns out that the instructions were not implemented or were “interpreted” beyond recognition. If you draw an analogy, then you are trying to drive a car that does not go. The engine refuses to run after you start the car and press the accelerator pedal. All far-reaching large-scale plans are meaningless – you simply cannot get moving.

1. The speed of decision-making in the company

“Speed, speed and speed”, – said German Gref at the Gaidar forum 2016. Therefore, all business processes now need to be optimized in the direction of increasing speed. Speed is the first thing a company usually loses to its competitors. So, in order to shorten the long chain of signing / agreeing contracts and launching new products, Herman Gref recently created an Agile House inside the Savings Bank.

This is the exact correspondence of the actual results planned. Once at a meeting with Apple CEO Tim Cook, one manager reported on the problem at the enterprise in China. In response, Cook looked at him with a puzzled look and asked: “Why are you still sitting here?” The manager did not even have to collect things – he, without waiting for the end of the meeting, went straight to the airport to fly to China to resolve the problems.

3. The ability of subordinates to hear you

How many of your colleagues understand you with a half-word, but how many things need to be explained? Answers to these questions will help you to adjust personnel policies.

According to the survey, more than 90% of Facebook employees support Mark Zuckerberg and consider him to be an excellent boss. The secret lies not only in the natural charm of Zuckerberg, but also in the fact that he works purposefully with the team: he positions himself as an open leader and interacts with employees. Once a week he gets tired of “flying”, where everyone can ask him any question. Not only about Facebook, but also personal. “I have no secrets from my colleagues,” Zuckerberg admits.

Warren Buffett notes that the main success of his company is not his financial genius, but that he is not afraid to delegate: “Delegate, it’s impossible to make it all!”

The sudden ideas expressed at the talks should not be postponed, but must be realized. All ideas are important to record and then process. “I never hold any meetings unless they are recorded in writing,” notes Richard Branson. “What is the point of all these conversations, if the matter does not move from the dead end?”

You may also like to read: Why Adopt A PIM or Product Information Management On A Company?

Methods that help to increase manageability

Methods are formal, based on business tools, and informal, depending on personal qualities. The most famous formal methods are …

This system helps the company to go the right way, without turning in wrong directions.

In addition to KPI, it is important to build a system of motivation. In the end, this will lead to an improvement in the quality of work of employees and increase the manageability of the enterprise.

The clear business processes allow not to reinvent the bicycle every day and do not spend a lot of time on solving a particular task.

Bureaucracy is needed not for the sake of bureaucracy, but in order to orient staff to achieve certain tasks.

It allows you to control all corporate materials.

This clause is rather related to the informal method of impact on manageability. Charisma includes a whole range of qualities: will, pedagogy, artistry and leadership abilities. Charismatics manage to motivate the team without any financial investments – people feel them and want to follow them.

True, there is a feature that is important to note. Today, most employees are confident that they are owners of off-scale charisma; especially this applies to people of the new generation of Z. Their charisma usually manifests itself in an informal atmosphere and refuses at all to show oneself in the business. Wearing a turtleneck Jobs and a gray T-shirt Zuckerberg, these employees only copy the external manifestations of charisma, but not internal.

A surprising fact, but even Richard Branson, whose charisma is measured by phantasmagoric parameters, admits that he does not always rely on his own resources and seeks help from consulting companies.

If you have tried all of the above listed methods, but the manageability of the company has remained at the same low level, then we will help anyway. In certain cases, external management audit can save the situation. In addition, if the optimization of manageability implies clear contractual relations, that is, with whom to ask for successful results.

Getting your Business Going Post Pandemic
Setting up a business of your own can be hard at the best of...
Is retail all about online only now?
The demise of the small, medium and large high street shop i...
5 Tips to build a successful franchise business from scratch
Riding a successful franchise can be an excellent alternativ...
4 aspects of entrepreneurship that will boost your personal life
Naturally we seek to improve our lives in a personal environ...
Give Your Fuel Cards An Annual Check Up
Every year we give our vehicles an MOT, an annual check up t...
Open a Business: 8 Good Reasons to Get Started
Are you wondering if it is worth getting yourself? Here we g...
What are some workers’ rights?
As adults, we spend a large amount of time in the workplace....
5 Smart business ideas to make you succeed if you just graduated
It is the best time to make your smart business ideas come t...