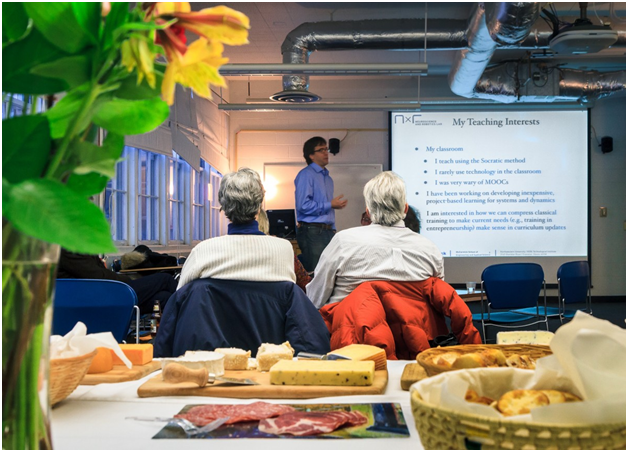 The hospitality training of The Clink Charity has been found to reduce the likelihood of reoffending by almost 50%. In partnership with both the probation and prison services, the charity has been providing prisoners with the opportunity to train in the catering industry. The scheme has instilled a positive change in many of its participants with a sense of purpose, continued learning and achievement. The study was conducted against a cross-section of comparative groups and showed that those who participated in the Clink catering training were less likely to reoffend than those who had not.

Clink’s chief executive, Chris Moore, commented that this was a hugely positive outcome. “We are delighted with the results of the study and hope to continue the scheme in partnership with Her Majesty’s Prison and Probation Service,” Moore said. “It is having a positive impact.” The scheme works by training ex-offenders at a variety of Clink Restaurants across the nation, including those in Surrey, Cheshire, Wales and London. The trainees who were used for the study had been involved in the scheme for between six and eighteen months. The charity intends to open further venues, including a Manchester cafe site that will offer training and qualifications to both the homeless and ex-offenders. The Clink was also recently awarded a contract with London’s Guildhall. The venues have been featured in a variety of news outlets, including on the BBC.

The Clink restaurants and other venues that offer similarly positive schemes and opportunities are able to do so with the support of good facilities and catering equipment. Affordable and effective catering supplies are a crucial aspect of running a smooth service and also for providing a realistic professional example for scheme participants. 247cateringsupplies provide catering equipment for many different types of business, including those that want to participate in these positive schemes.

Positive outcomes and studies such as these help the scheme to continue running and gain additional support and exposure. With the skills training that the scheme provides, former inmates are more equipped to secure employment and continue to make progress. It is hoped that by instilling a strong work ethic and a sense of a positive future, reoffending rates will continue to drop dramatically for those who participate in the scheme.

When you can’t get the Van that you want make it yourself
It’s quite remarkable what you can do with the interior of a...
Five Reasons to Choose Spiral Ducting
From being something practical that was routinely hidden awa...
What Makes a Good Manager?
We have probably all had a bad manager, or seen the TV show ...
How to Start the New Year with your Dream Career
The end of the year is nearly here and as many of us likely ...
What services can a contract cleaning company help you with
There are many reasons that you should use a Contract Cleani...
Five key elements of event planning
Events form a key part of the marketing plan for many busine...
What is copper
Copper is a metal that has been used for hundreds of yeast i...
How much maintenance does a park home require?
In the UK there are currently in excess of one hundred thous...