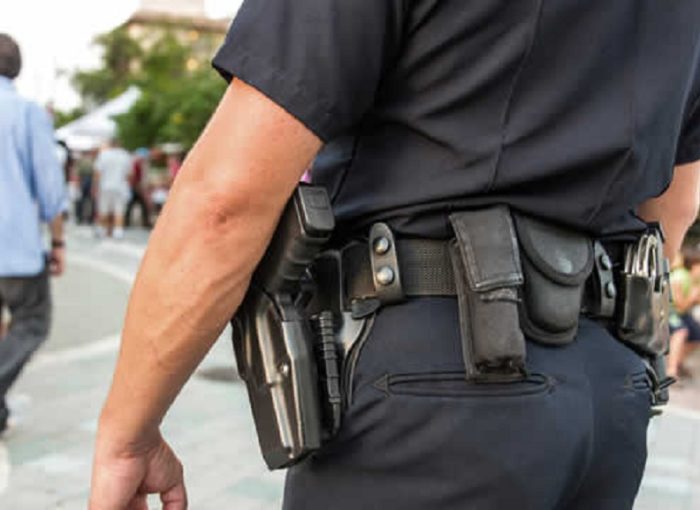 It’s hard to get away from reports of active violence nowadays. And when most people hear the word “shooting” schools instantly flood the brain. That’s understandable since there have been almost two dozen school shootings between Jan 1 and May 31 of 2018 alone. That equates to around 1 shooting per week. But schools aren’t the only concern nationwide. Anywhere public or easily accessible can potentially be a magnet for violent crime. Unfortunately, that includes the one place that treats the sick and injured: hospitals. While there’s a strong debate nationwide regarding the need for increased security measures in public buildings such as hospitals, the fact is that healthcare security and safety must be paramount. Regardless of whether you’re on the fence regarding adding armed security guards to hospital staff, there are some undeniable ways they can increase hospital security.

It happens out of nowhere. Maybe the potential shooter looks sketchy or maybe he looks like a boy scout. Either way, something sets him off and then the world is in chaos once more… especially those immediately affected by the resulting fear and violence. Immediately, blame gets tossed around like a hot potato. Where was the security team? Was there even one on duty? Were they prepared or hiding in the broom closet? While a uniformed guard can help with countless business or patient needs, there’s little an unarmed guard can physically do if an active shooter opts for violence. But that violence is more likely not to occur at all if it’s clear that the guards are armed and ready to protect and defend the facility, disarm the assailant, and professionally control the situation at a moment’s notice.

Armed Guards Can Be an Extra Roadblock for Targeted Threats

Emergency Departments are vulnerable to potentially violent crimes. Gunshots, stabbings, drug deals gone awry, and domestic abuse wedge and wait among virus carriers and sprained ankles. According to extensive national case studies, hospital-based shootings have soared between 2000 and 2015. While the media tends to report otherwise, the majority of those shootings were due to individual grudges as opposed to mental instability or social violence. And 51% of the increase was due to patient and family violence against hospital staff. Unarmed security guards may be able to help calm the assailants but there’s little that can be done against a loaded firearm. However, the appearance and professional expertise of a well-trained armed guard can be a life changer.

An introduction to the HomeBuyer report
The HomeBuyer report is the most common type of survey carri...
How to Start the New Year with your Dream Career
The end of the year is nearly here and as many of us likely ...
Reliable Heavy Hauling & Trucking
Tractors, backhoes, forklifts, oil rigs, and many other type...
Five key elements of event planning
Events form a key part of the marketing plan for many busine...
10 franchise to undertake in the fashion industry
Beyond the catwalks and exclusive parties, fashion is presen...
Surviving the Office Christmas Party
Office Christmas party season is in full swing, and companie...
Saving money on fuel costs
With the cost of petrol and diesel rising, nobody wants to p...
A beginner's guide to contract management and procurement terminology
It can sometimes seem that those who are experienced in cont...